Reimagine Reentry is something I considered doing since I was incarcerated in Western Penitentiary, over 30 years ago. I was born and raised in Philadelphia and got involved with gangs when I was a teenager. I spent 23 years in prison, from 1971 until 1991. I am a supporter of the MOVE Organization, and credit much of my ability and willingness to change to MOVE.

As a returning citizen, I completed my Master of Social Work in 1996, specializing in Community Organization. I now am an Associate Professor at the University of Pittsburgh Graduate School of Public Health, where I work with communities across Allegheny County to create outreach infrastructures aimed at reducing crime and violence. At Pitt, I am the Director of the Violence Prevention Initiative, where I oversee outreach work, provide gun violence training and education, and conduct the Gunshot Recurring Injury Prevention Services (G.R.I.P.S.) project to provide support to gunshot wound victims.

The many men and women I left behind are largely responsible for my transformation, and I feel it is my responsibility to give back to them. They helped me while I was incarcerated, and they have supported me since I’ve been home. They helped me realize that returning citizens with a plan can change the world! The success I have had is due to the teachers and mentors I had while incarcerated. Reimagine Reentry is not only a tribute to them, but a product of the direction given to me, by them, to change for the better.

My desire is to change the narrative around recidivism. I wanted to create a program for returning citizens, by returning citizens, to help better deliver holistic, trauma-informed services to people traditionally counted out by the rest of society. The desire and hope instilled in me by my past has charged me with changing the face of recidivism, and I hope that Reimagine Reentry serves as a beacon of hope for those who have experienced or have been affected by incarceration. “If you believe it, you can achieve it”. Reimagine Reentry exists today because I believe that by the power within each and every one of us, we can change the world. 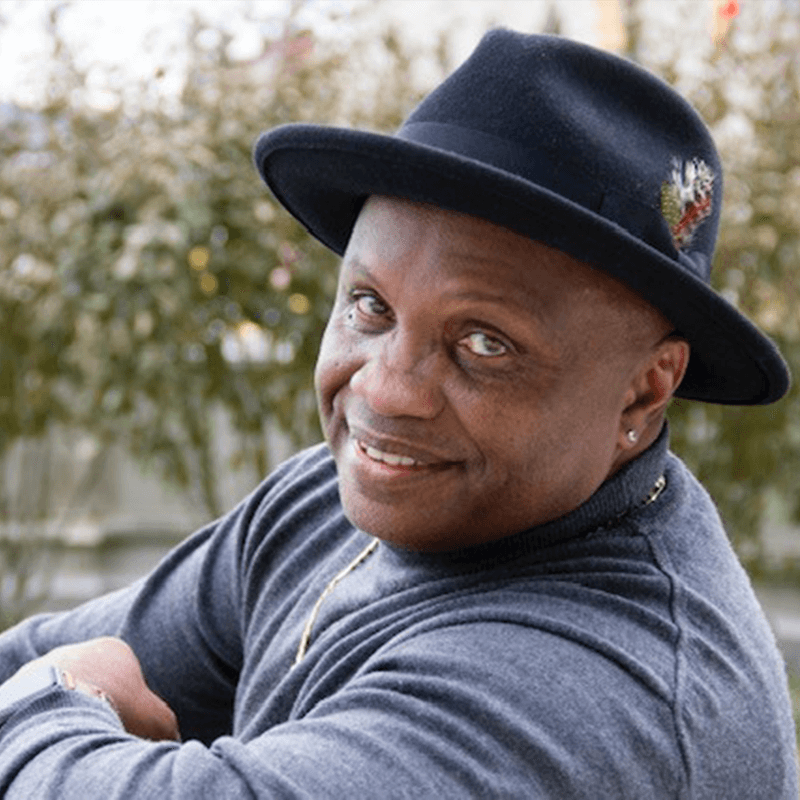 I serve as the Director of Administration at Reimagine Reentry, working mostly on the grants, data, reporting, and documentation to keep things organized and making sure our program runs smoothly. Before working at Reimagine Reentry, I worked as a Project Manager at CONNECT, an organization that works with local elected leaders in Pittsburgh and Allegheny County that cooperate across borders on policy issues. I’m also grateful to have worked abroad in East Africa on research and community development projects. I specialize in project planning and design, administration, grant writing, and nonprofit management. Before all this, I graduated from Clarion University of Pennsylvania with a degree in Business Economics, and then studied public and nonprofit governance at University of Pittsburgh Graduate School of Public and International Affairs. These days, I live communally in ‘one of those old Pittsburgh houses’ and enjoy adventuring outdoors with my husband, Vince.

I recently graduated from the University of Pittsburgh with a Master’s of Public Health and Certificate of Health Equity, concentrating in Behavioral and Community Health Science. I currently spilt my time between Reimagine Reentry and the Violence Prevention Initiative, working under Richard Garland to help coordinate community-based outreach programs aimed at curbing gun violence. I was named a Health Justice Scholar by Pitt’s Center for Health Equity and successfully defended my Master’s thesis on the merits of strengths-based reentry programs and practices. Reimagine Reentry serves to redefine the reentry experience, and I'm excited to be a part of this team. I hope that through my work, I can support the many movements and people that fight for racial and social justice.

I hold a Bachelors in Education/Special Education from Slippery Rock University. In the past, I was Employed with Pittsburgh Public schools for 5 years, and I have 10 years’ experience working with at risk youth. I joined the violence prevention team at the graduate school of public health in December 2014, and have been coordinating the homicide review for Allegheny County, GRIPS interventionist and outreach work in Allegheny county neighborhoods. Where our key objectives of the project are to: Stop the spread of violence. In 2019 joined in on the Reimagine Reentry team I work with the men and women reentering back into society. I have a passion for our city and want to see everyone here living to their potential.

I am a native Pittsburgher with over 30 years of robust social service, community collaborations and partnerships. My professional experiences include top notch supervisory and managerial skills servicing communities by organizing and coordinating programs, family and youth development, reentry work, work force development, and job training.

I have a love and passion for supporting our communities and the people within.

For over 20 years, I have dedicated my life to helping those that needed it. I have worked with at-risk youth who are in foster care or affiliated with gangs, and I have worked with non-custodial fathers and those who are or were incarcerated. It is my goal to help Reimagine Reentry break the cycle of recidivism by assisting returning citizens with job placement, family reunification, or removing whatever barriers that are present. I currently sit on various committees for the Governor's Office, HEAL PA, which aims to develop and support trauma-informed therapy for combatting child abuse. I also sit on committees for the Attorney General's Office regarding reentry and programming for returning citizens. I am truly blessed to join a talented and passionate team, and I look forward to helping the wherever and however I can.

As a graduate of Duquesne University, I fell in love with this city and continue to live in awe of all it has to offer and all it can grow to be. My background is in accounting and finance, and it is an honor to work with the Reimagine Reentry team and our community in growing to our highest potential and seeing all that we can achieve together. I also enjoy spending my time as a student and teacher of yoga, traveling with my partner, and hiking around the city trails.

At Reimagine Reentry, I serve as the Administrative Assistant to Richard Garland. I am currently a graduate student in the Department of History at Duquesne University and received my Bachelor’s Degrees in Theatre and History from West Virginia University. During my time in graduate school, I have researched the history of mass incarceration and worked to document the stories of returned citizens by recording their oral histories. I have also worked with a number of social and restorative justice organizations, such as the Elsinore Bennu Think Tank for Restorative Justice, and have worked to educate my fellow students on social justice issues and inspire them to take action.

Meet Our Board of Directors

Check back later for specific job postings - if you're interested in working with us, send us your resume using the application link above!

Are you ready to come home?